Well, my short haired masculine friend (don’t be frightened by our manner, it’ll all be ogre soon), you’ve been searching for the best tips regarding short men’s hairstyles for some time now haven’t you? Don’t worry, I can tell. I can see the fatigue in your eyes (mouse clicking can be strenuous stuff, man) and the pain in your heart (uh, what?).

Well here we have a place where you can shelter from the storm that is the internet-a great hive of procrastination and distraction. Oh that’s right, we know what you’ve been up to. You set out to find the finest tips about short haircuts for men, and you ended up playing Candy Crush for a bit before messaging John to see if asked out Stacey. We know you’re game, man (for the record, John is a dashing bloke and we won’t blame you in the slightest). Well now, you can sate your thirst. Below is a list of the six best short haircuts, which we could find for you gentlefolk out there, as well as tips regarding certain products and how you can achieve these cuts. 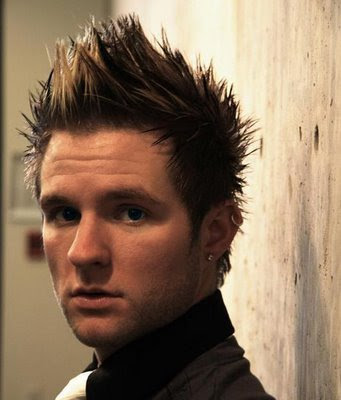 God, that name was punk rock (be right back, forming a band named after a haircut, where the only musicians I have are me and my Grandpa. I don’t get out much, okay?). You might have seen similar, albeit less jagged, versions of this cut, worn by the likes of Adam Levine, and as a result this is often sorted after by those with rectangular-ovular faces. The do makes use of a relatively short and thin back and sides, with a much thicker top which reaches upwards in a deliberately arranged array of spikes. This cut is relatively practical; due to the way it prevents the hair from getting into the eyes or face, but is best worn casually. It’ll give a youthful and punk rock look, which will look good both with and without facial hair

In order to gain this look, you need to first work a little styling product into your hair, when completely dry. Then proceed to use your hands to manually spike up your hair, placing particular emphasis on getting some height in the centre spikes. Finish off by twiddling and twisting small strands of hair around your do, give it more unique pieces.

You may also like >  11 Cool Short hairstyles for Men

If you’ve been entrances by this cut already, just going on the name, then we won’t blame you at all. To bear the do of Happy Gilmore, is to accomplish something indeed (even if this won’t suddenly turn you into an immediate swearing, golfing hero, who could knock his neighbour’s garden ornaments down from a mile away, right away anyway). This simple cut, which gives you a thick, but smooth, layer of hair at the sides, tope, and back of your head, which are all shortly shaven, has been the signature do of Adam Sandler for what seems to be his entire career. The do is square, sensible, easy to maintain, and perfect for just about any situation, including work wear, physical activity or casual wear. This do is often considered to be a thicker variant of the crew cut. 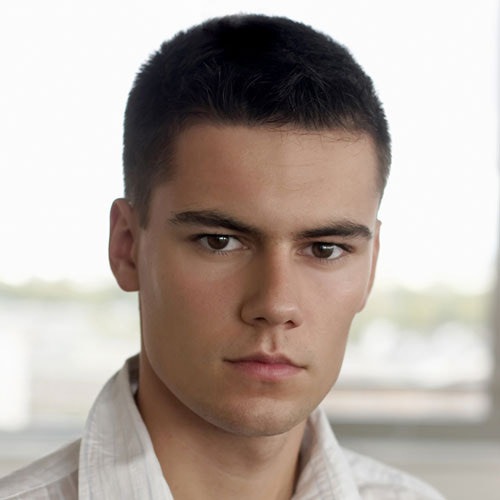 Firstly, you need to apply some styling product into your hair, when completely dry, before using your fingers to work some texture into the do. You might need to consult your stylist about the specifics regarding the correct measurements for the cut. (We could provide them here, but it’d probably lead to you maiming yourself horrifically and so we advise that you take that stuff to someone who might actually know what they’re doing)

Now as much as this might conjure up an image of a bunch of bankers and stockbrokers, feeding on the blood of the living (a startlingly accurate image, when you think about it), that isn’t quite the idea we had in mind for this cut (and you hopefully shouldn’t be hounded by kids, who’ve been watching Nosfuratu one too many times, wielding crucifixes and garlic). This cut is more reminiscent of the sort of (fake) vampires you might see in one of teh Twilight movies (currently bracing myself for when every Twilight fan in a 10 mile radius comes to burn my house down and hang me with an Edward Cullen pillow case over my head.) This cut is smooth, short (reaching only down to the ears in length) and is perfect for any business ventures and time spent in the office. 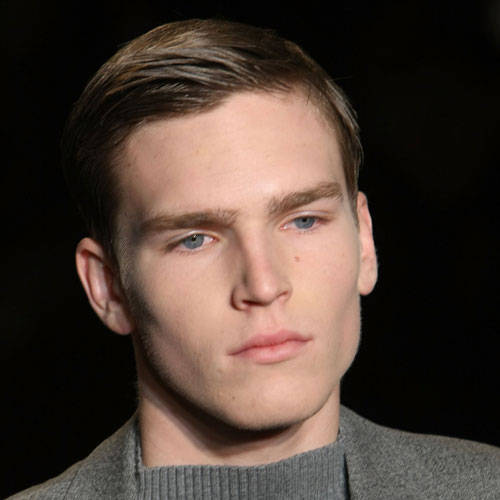 In order to obtain yourself this haircut, you need to work a little styling product thoroughly into your do, ensuring that you part your hair sideways with a comb. Next, proceed to use your hands to work some texture into that do of yours.  Be sure to use a styling product which has some form of holding quality.

You may also like >  Mens Hairstyles for Thin Hair

Now this look is modelled after the old haircuts you might have seen on the lawbreakers and alcohol-swindling rogues of the 20s prohibition. You might have seen this kind of haircut on the likes of Tom Hardy, when he’s not too busy making angry faces at Batman (please try to read the rest of this article without doing your best “AHA BATMAN!” please). This cut is relatively thin, save for the top where the hair is concentrated quite well. The sides are relatively short, while the back is left to be much thicker and longer, reaching far down at the neck. The do can look pretty sleek, when worn right. 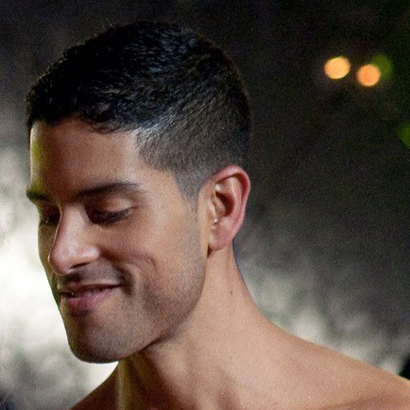 You can grab yourself this haircut, by having your hair trimmed down so that the sides are incredibly short while the hair at the back is thicker, but slowly fades out as it stretches down your neck. You should keep around an inch of hair on top, and add a little holding gel onto the do to keep it sleek and shiny.

This do is a classic cut, which you might see often borne by the likes of Ryan Gosling when out and about, and on the red-carpet (Yes you heard right, we said Ryan Gosling. Don’t get too excited, man. You’ll scare the children). This cut makes use of a relatively thick layer of hair on top, which is heavily combed back, and gives you the look of a more stylish businessman. This look is pretty perfect for your working/making trips to the city, and looks good with any suit. 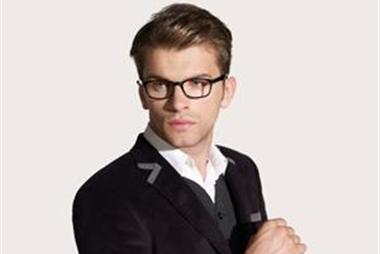 You can get yourself this cut by first having your hair cut down to the classic square cut, with a little extra thickness all around. Proceed to dampen your hair, and add some sort of a styling mousse, before combing it right back to give it that slicked-back look.

And now we thought we’d finish off with a simple classic (no shortage of ideas right here folks, no sir we swear –and no one believed him-). This cut is the classic cut, adopted by many branches in military units around the world. This cut (as to be expected form a military cut) is highly practical, requires little maintenance, and is suitable for just about any sort of situation. The cut is incredibly shot, with practically no sides or back, while the top almost leaves you bald, though it doesn’t quite turn your head into a second moon (sadly). The do is shorn short in the military in order to decrease the probability of lice and decrease the chances of your hair getting in the way of anything. 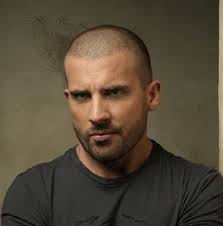 Obtaining this cut is just about as simple as it can get: you just need to head down to your local stylist/barber/mother and ask them to give you a full buzz cut. You might want to, occasionally, add a little spot of scalp moisturizing product, in order to keep things clean up there.

Well that’ll be all from us. We’ve covered a variety of hairstyles, from ones which are so short they seem non-existent to ones which push the very boundaries of what we might call short (something which may or may not have happened for lack of ideas, though don’t tell anyone). We’ve covered a variety of haircuts which require some form of product or another, and so you should so some research into the products which are right for you and your hair-quality.